Now that you’ve demonstrated your software is setup, the goal of this assignment is to practice transforming and exploring data.

Go here and find your copy of the hw02 repository. It follows the naming convention hw02-<USERNAME>. Clone the repository to your computer.

The United States experiences far more mass shooting events than any other developed country in the world. While policymakers, politicians, the media, activists, and the general public recognize the widespread prevalence of these tragic events, policies intended to stop these events should be grounded in evidence and empirical data. Regrettably, mass shootings are not well-documented in the United States, and generalizable data is difficult to collect.

In July 2012, in the aftermath of a mass shooting in a movie theater in Aurora, Colorado, Mother Jones published a report on mass shootings in the United States since 1982. Importantly, they provided the underlying data set as an open-source database for anyone interested in studying and understanding this criminal behavior.

I have included this dataset in the rcis library on GitHub. To install the package, use the command remotes::install_github("cis-ds/rcis") in R. If you don’t already have the remotes library installed, you will get an error. Go back and install this first using install.packages(), then install rcis. The mass shootings dataset can be loaded using data("mass_shootings").1 Use the help function in R (?mass_shootings) to get detailed information on the variables and coding information.

Make sure to provide 1-2 brief paragraphs of written interpretation of your tables/figures. Graphs and tables alone will not be sufficient to answer this question.

While you are practicing exploratory data analysis, your final graphs should be appropriate for sharing with outsiders. That means your graphs should have:

This is just a starting point. Consider adopting your own color scales, taking control of your legends (if any), playing around with themes, etc.

When presenting tabular data (aka dplyr::summarize()), make sure you format it correctly. Use the kable() function from the knitr package to format the table for the final document. For instance, this is a poorly presented table summarizing where gun deaths occurred:

Instead, use kable() to format the table, add a caption, and label the columns:

Run ?kable in the console to see how additional options.

Your assignment should be submitted as an Quarto document using the gfm (GitHub Flavored Markdown) format. Don’t know what an Quarto document is? Read this! Or this! I have included starter files for you to modify to complete the assignment, so you are not beginning completely from scratch.

Make sure to stage and commit:

Needs improvement: Displays minimal effort. Doesn’t complete all components. Code is poorly written and not documented. Uses the same type of plot for each graph, or doesn’t use plots appropriate for the variables being analyzed. No record of commits other than the final push to GitHub.

Satisfactory: Solid effort. Hits all the elements. No clear mistakes. Easy to follow (both the code and the output). Nothing spectacular, either bad or good.

Excellent: Finished all components of the assignment correctly. Code is well-documented (both self-documented and with additional comments as necessary). Graphs and tables are properly labeled. Uses multiple commits to back up and show a progression in the work. Analysis is clear and easy to follow, either because graphs are labeled clearly or you’ve written additional text to describe how you interpret the output. 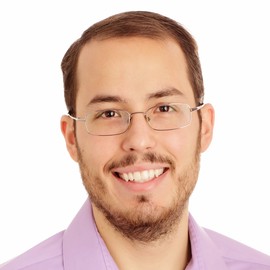